To sign up for Music lessons please call us at 734.418.0640.  Lessons will be available for Guitar, Piano, Bass Guitar, Drums, Voice and Violin on September the 6th, 2011.  We will soon offer group classes for various age groups and levels.

Click here to Register.  After submitting your information you will receive a call from our staff within 24 hours to set up your private lesson time.

Canton, Michigan 48187 and 48188 has a new music school coming to town.  The Grosse Pointe Music Academy is expanding from it’s single Grosse Pointe Park location to serve the residents of Canton and surrounding communities.  Our music teachers are University trained in music, which gives you the assurance that you are getting high quality music instruction.  Grosse Pointe Music Academy teachers are willing to work with you at any age or skill level of playing music.   Our studios are large and comfortable making them easily able to accommodate semi-private lessons or parents who want to wait or participate in the lesson.  Family members can take semi-private lessons together for the price of one student!  We also help parents save valuable time by offering music lessons with different teachers to all your children at the same time.  Let us help you save time by scheduling music lessons for 2 or more children at the same time. 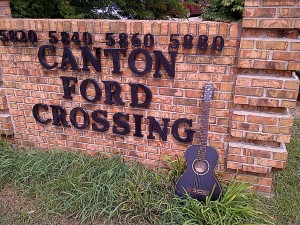 Canton Township and it’s neighboring communities of Plymouth and Plymouth Township have a history of music excellence.  The Plymouth Canton Marching Band is part of a broader fine arts program offered in the Plymouth-Canton Community Schools. Its Wind Ensemble and Symphony bands have consistently rated among the best in the state of Michigan.  PCEP band students and alumni have performed with the Detroit Symphony Orchestra, the Detroit Civic Youth Orchestra, the Michigan Youth Band, the National Honor Band of America, and the MSBOA All State Honor Band and Orchestra. The concert program is taught by directors David Armbruster and Sheldon Frazier.

Since appearing on the competitive circuits in the mid 1970’s, the Plymouth Canton Marching Band has become one of the most successful teams in Michigan history. Within the state of Michigan, the PCMB has been a state champion 21 times, an honor shared with no other groups in Michigan, (both Fine Arts and Athletics), and only with one other group in the country: the Marian Catholic High School Marching Band. Upon entering the Bands of America in 1986, Plymouth-Canton has been a National Finalist (Top 12) all but three years since 1988. This has honor has been exceeded only by the Marian Catholic High School Band. The band has also been to the Tostitos Fiesta Bowl Tournament of Bands in 1992 & 1996, winning the prestigious competition both years.

Outside of the competition, the band has had the distinction of playing for Presidents Ronald Reagan, in 1986, and George H. W. Bush, in 1992, marching in Orlando, FL, the 1974 King Orange (Bowl) Parade, the 1973 Rose Bowl Parade, the 1973 Battle of the Bands shown nationally immediately prior to the Rose Bowl Parade, the Hudson’s Christmas parade Santa’s band as well as representing the community in various parades throughout the summer.