You are here: Home / Archives for Canton Michigan

AXL Guitars is bringing jobs to America and to prove the quality of their work, they are giving away one of their USA hand assembled guitars!  Read below for information on how to enter the free guitar sweepstakes.

END_OF_DOCUMENT_TOKEN_TO_BE_REPLACED 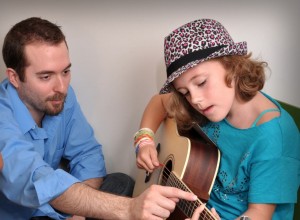 I received an email today from a High School Music teacher who recently launched a new website called www.writtenforguitar.com.  George Wanat has been teaching in a New York City public High School for the last 10 years.  His new website and musical arrangements available on the site are his response to the “unsatisfying guitar music I found available from the big publishing companies” George states.  Being a guitar player and an avid sheet music buyer, I agree whole heartedly.  It’s very hard to find a lot of songs arranged for solo guitar, guitar duets, and larger guitar ensembles.  His email caught my my instantly because on it he offers a free pdf version of “The Godfather Suite” for guitar duet.  I have always loved this piece of music and now I can’t wait to play it with another guitar player!  If you go to George’s website he also offers three other pieces for free download.  Currently there is a free arrangement of “Yesterday” by the Beatles plus a couple  popular video game themes, Super Mario Brothers and Mortal Kombat.  Of course there is plenty of other music available for purchase as well.  If you are a guitar enthusiast at any level then you will be sure to enjoy this Free Sheet Music.  Be sure to check it out!

Grosse Pointe Music Academy offers Band/Ensemble Classes at both their Canton and Grosse Pointe Woods locations.  We match students of similar age, skill level, and musical tastes and put them together to work on performance skills and musical repertoire.  This class is intended for students with at least 6 months of private lesson training.  If you are interested in joining a class please fill out our simple online form.  There is no payment information to be entered on this form.  The form simply helps us gather information to offer you a potential time slot in a current or newly forming group.

Our newer Canton Music Academy is located at 5880 N. Canton Center Rd. Ste. 425 in Canton Michigan.  We opened up in September of 2011 and are now in our second year of operation.  I would like to send out a very big Thank you to all of the families who have helped us get our new location up and running in the Canton area.  We are very grateful to all of our students and families and look forward to continuing to serve the community for many years to come.

Chopsticks is the most popular piano song of all time.
Some would make the argument for Heart and Soul or
Beethoven’s Fur Elise. They’d be wrong. It’s Chopsticks.
More people play Chopsticks than any other song when they
come across an open piano. Why? Because it can actually
be played with a pair of chopsticks. Which makes it an
easy song to play while eating sushi. And since sushi
is so wildly popular, playing Chopsticks on piano seems
delicious. Playing Chopsticks on piano requires just
two fingers—straightened to resemble two chopsticks. It
really doesn’t require any finer musical talents or prior
training. It only takes a quick lesson from a friend who
already knows how to play Chopsticks to play Chopsticks.
But while playing Chopsticks on the piano can be a
satisfying exercise for the player, if you were to break
down the song, you will find that it’s not a song at all.
Just a short ditty that hearkens to mind Chinese take
out. Which means, once you play it, you’ll be hungry for more
challenging music afterwards. You can’t just stop at
Chopsticks. That’s the MSG (musical staying geochemistry)
of the song. It’s only satisfying for a short time before
you’re ready for more.
By the way, did you know that you have ten fingers–if
you count both hands? And that each of those ten fingers
can produce music on the piano? There are 88 keys on the
piano.
That means that (if you do the math) there are
roughly 8.8 keys for each finger. My point is, share the
wealth.
While your two index fingers may enjoy playing songs like
Chopsticks, you two ring fingers may like something in A-
minor. Or, an old Polish folk song. Meanwhile, your two
middle fingers probably like something a little angrier.
My suggestion: learn to play lots of piano music with
both hands and all your fingers. It’s a whole lot of fun
and a lot easier than playing with your elbows. With
which, incidentally (and with large enough keys), you could
probably play Chopsticks.
by Watercooler
Grosse Pointe Music Academy writer

Did you know that late night talk show host, Craig Fergueson, is a drummer?  So is actor, Billy Bob Thornton and the Mindfreak himself, Criss Angel.   It seems keeping steady rhythm on a set of skins would be pretty easy if Criss Angel can pull it off without the aid of mirrors or camera tricks.  But, drumming isn’t as simple as it looks.  It is an art form that can only be mastered if you have a little bit of ability and a good teacher.

History says that man has been beating drums since around 6000 BC.  Archeologists have dug up hollowed out logs that they believe were used for communication in primitive times.  Eventually, the drum became part of rituals and celebrations within tribes.  Rhythmic drumming has always been the basis for music.  The drum may be the oldest known instrument.

But the drum has come a long way since Caveman Og and The Java Men hit it big with their hit, “Ooh Gah Wah-Wah” in 5902 BC.*  Now, you can download drum tracks on your computer and build songs around those electronic drum files.  You don’t even need a drummer.  You can even play video games and sit in as a session drummer for the Beatles, Guns & Roses and more.  But, it’s not real drumming.  Don’t confuse the two.  In fact, I like to call it the dumbing of drumming.  Real drumming takes talent.  And real talent is learned.

To truly understand the idiosyncrasies of drumming, you have to sit behind a set of skins and try to sound a good as Neal Peart from Rush.

Peart defines drumming and is widely known as one of the best drummers in the world.  That’s not to say there’s not another Neal Peart out there somewhere.  But, rest assured, even Peart didn’t get there alone.  Chances are he had a wonderful drum teacher to guide him along the way.  One who pressed him to practice his craft and find the secrets to keeping incredibly amazing beats.

There’s just something about the drummer that fascinates everyone.  He’s usually tucked back behind the band, quietly going about his craft, never trying to over shadow the singer of the lead guitarist.  Fact is, the drummer is always the unsung hero of rock show.  Without him, there is no band at all.  He keeps the beat.  He keeps the tempo.  He keeps the rhythm.  The drummer is the real leader of the band.  He’s a magician.  Kind of like Criss Angel.

*I just made that up.  There were no radio stations back then.

“Use What Talent you possess:  The woods would be very silent if no birds sang except those that sang best”

What do you think the quote means?

I like this quote because I think he’s telling you to open up and let it out.  Don’t wait until you are the best to offer your abilities in music or whatever it is that you do to the world around you.  If you enjoy singing then sing.  Don’t just sing in the shower but sing as much as you enjoy it.  Join a band and sing away.  If you’re having trouble singing in tune then take some vocal lessons.  Singing lessons aren’t just for beginners.  Professional singers always have teachers and coaches to help them continuously improve.  Lessons will help you improve, but we still need the confidence to sing and be ourselves without worrying about being the best.

I think everyone knows that the above quote can be adapted for any musical instrument or anything in general.  Mr. Van Dyke is suggesting that one should not hesitate to share their voices with the world.  Most endeavors basically require a series of failures in order to attain the ability to get better.  There has always been and will always be room for improvement.  So come out of the bedroom with that guitar and give it a go.  Make the first step to playing in the living room, then the front porch.  No matter how good or bad you play guitar, some people will like your music and other people won’t.  So if you are worrying about that then find a way to stop.  Who decides the best anyhow.  You are the best anyway because nobody can do exactly what you can do.  So they are laughing at you, at least you’re making them laugh.  Program yourself to focus on being better rather than the ever elusive attainment of being the best.  Let me know your thoughts.  Please respond with what you think this quote means or how it applies to you.

I’m not the best at poetry but I wanted to fit in a few more keywords so here it goes:

Play the Guitar and Sing out loud

Beat on those drums and be one with the crowd

The Piano Forte so magically resolute

Here comes the Bass, then the Sax, then the Flute

Feel free to stop in at anytime during normal hours for a free tour.