A country singer from Grosse Pointe has been invited to tryout for ‘The Voice‘ in Nashville. 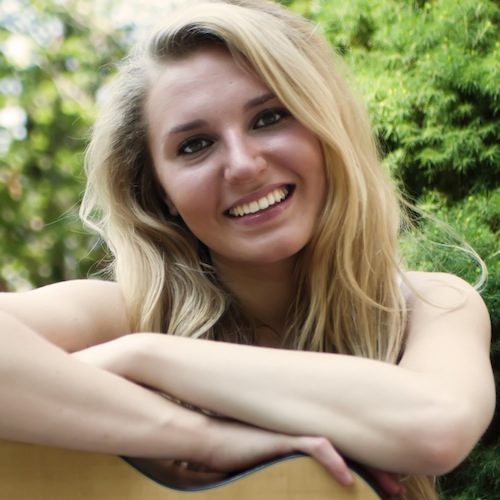 Grosse Pointe resident Paulina Jayne has accepted an invitation from multi-Grammy Award winning producer, Toby Wright, to audition in Nashville next month for NBC’s show “The Voice.” “Paulina Jayne is an amazingly dynamic performer, who exudes vocal and musical talent far beyond her years,” said Toby Wright, in a release. “Her music is pure with heartfelt emotion and honest, innocently pure lyrics. Check out this girl’s voice…… Simply amazing!!” Jayne, a senior at Grosse Pointe South, has performed with country music stars iincluding Miranda Lambert, Blake Shelton and Dierks Bentley. She also has opened for Sheryl Crow – with special guests Kid Rock and Herschel Boone – at the DTE Energy Music Center. “Paulina is very talented and it has been a joy and privilege watching her grow and develop her talent,” said Herschel Boone, a vocalist with Kid Rock’s Twisted Brown Trucker Band. “I’m happy to have been even a small part of that process. She’s an awesome person and talent.” The invitation to tryout for ‘The Voice’ is the latest highlight for Jayne who released her EP “Girl Who Would Be King” at St. Andrew’s Hall; performed to a sold-out crowd at The Shelter; became an artist in development with Trey Bruce in Nashville and filmed three music videos for her songs “Get Back on Your Feet,” “Pass the Moonshine” featuring Trick Trick and the recently released “He Doesn’t Know It Yet.” Additionally, “Get Back On Your Feet” received three Best Music Video honors; 2013 Student Emmy Award, 2013 Detroit Music Award Nomination and 2013 Uptown Film Festival Nomination, according to a release. “I feel the rumble of 2014 beneath my boots! Everything in my life is in high gear, from songwriting to production to performance,” said Paulina Jayne in a release. “While it’s true I have been blessed with a lot of momentum during my High School years, it feels like a musical explosion is on the horizon, and I can’t wait.” She is also maintaining a 4.0 GPA in an AP curriculum, served as Captain of her basketball team, was elected to Homecoming Court, selected for the National Honor Society and voted “Most Likely to Succeed” by her 450 member class. Recently accepted to Belmont University in Nashville for the fall of 2014, where she plans to major in Music Business.

Get our email newsletter
For Email Newsletters you can trust.