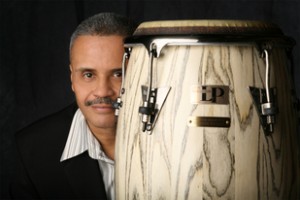 “I was captured from the opening bars of the first track and was relentlessly but delightedly held until the very end. There is integrity and exploration to be found here… and so much beauty.”

“Chembo’s Quintet takes every opportunity for powerful solos and they do not disappoint.”

“Corniel is a percussion colourist who stands head and shoulders above most of his peers. His great artistry is informed by his flawless technique, which he embellishes with his consummate taste.“

“In fact Corniel is almost akin to an ancient druid who has some magical connection to the very force of nature that produces the echoes that pass through the gauntlet of time itself.”

“In this regard, this time around Corniel has surpassed himself with one of his most enduring albums.”

“Chembo Corniel is the consummate contemporary percussionist…whose technique is like adding hot spices to a cold salad and the blend of this group of musicians can make me sing forever.”– Grady Tate, Jazz Vocalist

Music lessons for students of all ages