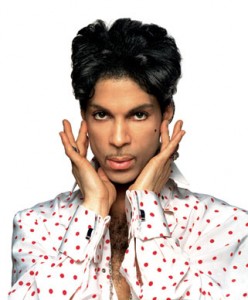 According to the Times of India…

The 52-year-old pop legend, who can play 27 different instruments, is convinced the electricity that flows through a guitar when he strums it is the reason he still has luscious locks, Daily Mirror online reported.

“Playing electric guitar your whole life does something to you. I’m convinced all that electricity racing through your body made me keep my hair,” Prince said. He also admits he can’t “function” properly if he can’t record songs.

This is great!  Who needs the Hair Club for Men or Rogain anymore?  Guitar Playing grows your hair back!  Does this mean that now we can charge for lessons by the graft rather than the hour?  That thinning hairline or balding vertex you have been obsessing about has a real life cure!  To think that you can simultaneously become a virtuoso guitar player in the process makes this doubly as awesome.

Clearly the reason Prince has kept his hair over the last 52 years must absolutely be because of his guitar playing.  I mean, what else could it be?  It’s surprising to me that none of the other 26 instruments that he plays helped him to grow tall!  Okay that is just a joke.  I’m not certain if this is something he really said and who knows, he may be right.  It does seem like a lot of those long hair guys from the 80’s still have all their hair…

Does anyone out there have any further evidence on Prince’s claim that his Guitar Playing is what kept his nice and healthy and full all his life?  If so please share your stories, pictures and videos in our comment section.

It isn’t clear yet whether or not playing guitar will work for people that currently are experiencing hair loss.  I think it would be worth a shot anyhow.  Worst case scenario is you still don’t have any hair but at least you’ll be jamming out on the guitar.  For those of you that are concerned that it may happen to you then take preventative measures and start playing guitar now.  Don’t lose a single follicle of hair! 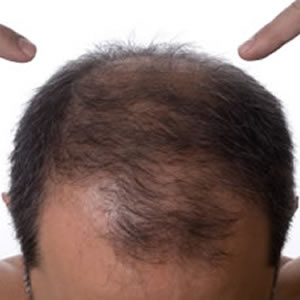