You are here: Home / Archives for Music Lessons

This Spring we’ll jump and jive with “Allee Galloo”, go to the beach with the Spanish “Maria Isabel”, create jazzy rounds with “Hey, Ho, Nobody Home”, dance in asymmetric meter to “Stick Dance” and layer rhythms on the drums with “Drummers Marching”, just to name a few of the 25 songs and chants in the collection from around the world. Continue Reading 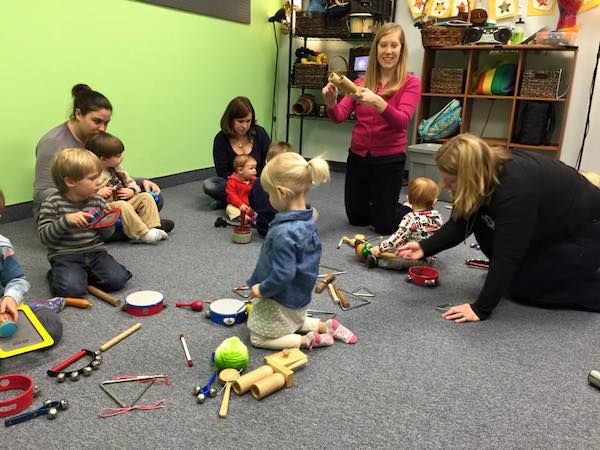 Music Classes for Babies and Toddlers in Canton MI

Join us for the Bells Collection this winter session running January 12 – March 16, 2015. We will gallop with “Trot, Old Joe,” learn an egg shaker passing game from Ghana in “Obwisana,” drum & jive with “Rhythms & Rhymes,” and create beautiful rounds in “The Bells of Westminster” – just to name a few of the 25 songs and chants in the collection from around the world. Register today online!
While classes are over for 2014, please join us at some of our fun free community events!

Fridays, Dec 5, Dec 12, Dec 19: Festive Fridays in the Village of Grosse Pointe – Holiday Sing and Sign (with MomCat’s Signing Academy) at 7:00 – 7:30 p.m. Please join us at Santa’s Village in Grosse Pointe (across from CVS in The Village). This event hosted by the Grosse Pointe Momprenuers. Come in holiday jammies – Momprenuer Amanda Armitage of Distinct Expressions will be available for cute holiday photos! Learn more about Santa’s Village and the GP Momprenuers at www.yourgppassport.com

Wednesday, Dec 17: The Canton Public Library is so kind to have us back again for two back-to-back holiday jam sessions at 10 am and 11 am. Pre-registration is required, so make sure to register online in advance and tell friends to do the same as we will bring favorite holiday tunes to life AND we will have great raffle prizes too! Register online here.

Our Teaching Team Continues to Grow!
We are so thankful to have found another amazing new teacher to join our team so we can provide classes for all of our friends! A big welcome to D. Giles Simmer! Giles is a trained and awarded lyric soprano. She has a B.A. in Music from Hillsdale College and a M.M. in Vocal Performance from Western Michigan University. Giles has performed throughout the state and has been a staff singer at St. John’s Episcopal Church in Detroit since 2009. Giles is very excited to be part of the Music Together program and also teaching voice at Grosse Pointe Music Academy. She’ll lead classes both in Canton and Grosse Pointe!

Start Music Class At Home
We hope everyone is enjoying the early snow! If you are stuck inside, a fun activity at home to try is to ask your little one(s) to lead family and friends in a pretend music class. It is amazing to see what our children pick up from class – you may be amazed how much they are learning on top of all the fun they have with you in class!

The Holidays Are Here Again!
Hummingbirds Music Together is so thankful for all the wonderful families that join us to provide music education to our children! It is truly a blessing that you chose to share your time with us and we love hearing how our program brings music and joy into your homes!

We wish all you a wonderful and safe holiday season! 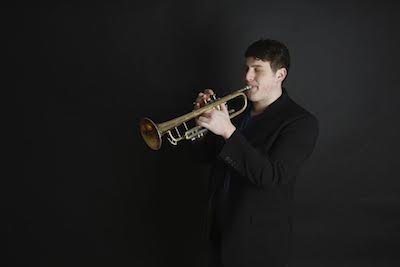 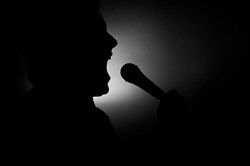 Most Popular Instruments for Music Lessons

Instrumentally’s 2013 chart of the most popular musical instrument to learn is released today:

Whilst Piano remains the most popular instrument to learn, Singing has grown further in popularity and accounted for 15% of all lessons taught. Guitar and Drum lessons came in third and fourth place.

“Whilst there is still very strong demand for piano lessons, we are seeing a growing trend in the desire to learn instruments to play contemporary music,” says Instrumentally founder Kate Chislett. “Our singing students cover a wide range of music from opera through to Adele.”

The Instrumentally chart is based upon analysis of 2,300 hours of teaching in the period December 1st 2012 to November 30th 2013.

Cast!, its musical theatre group, and Intros, which offers pre-school children an introduction to music, also take place at the Studio.

A range of Starbucks coffee and tea is served to those waiting in our spacious reception area and provide free Wi-Fi and space to catch up on work or homework.

Live at The Detroit Music Hall

Acclaimed for her extraordinary lyricism, technique andversatility, multiple GRAMMY Award winner Sharon Isbin has been hailed as “thepre-eminent guitarist of our time”. She is also the winner of Guitar Player magazine’s “Best ClassicalGuitarist” award, the Madrid Queen Sofia and Toronto Competitions, and was thefirst guitarist ever to win the Munich Competition. She has given sold-out performances throughout the world in thegreatest halls including New York’s Carnegie and Avery Fisher Halls, Boston’sSymphony Hall, Washington D.C.’s Kennedy Center,London’s Barbican and Wigmore Halls, Amsterdam’sConcertgebouw, Paris’ Châtelet, Vienna’s Musikverein, Munich’s Herkulessaal,Madrid’s Teatro Real, and many others. She has served as Artistic Director/Soloist of festivals she created forCarnegie Hall and the Ordway Music Theatre(St. Paul), her own series at NewYork’s 92nd  Street Y, and the acclaimed national radio series Guitarjam. She is a frequent guest on national radioprograms including All Things Considered and Garrison Keillor’s A Prairie HomeCompanion. She has been profiled on television throughout the world, including CBSSunday Morning and the A&E Network, and was a featured guest on ShowtimeTelevision’s international hit series The L Word. On September 11, 2002, Ms.Isbinperformed at Ground Zero for the internationally televised memorial. InNovember 2009, she performed a concert at the White House by invitation of thePresident and First Lady. She performed as featured soloist in the soundtrackfor Martin Scorsese’s Academy Award winning film, The Departed. She has beenprofiled in periodicals from People to Elle, The Wall Street Journal, and the NewYork Times, as well as on the cover of 45 magazines.

Guitar Lessons for students of all ages