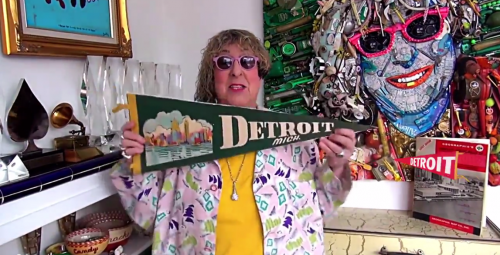 Allee Willis is a “Grammy, Emmy, Tony, Webby award-winning and nominated songwriter, artist, director, producer, multi-mediaist, collector and party-thrower.” (Dang, she’s only one short of an EGOT). You may not know her, but you know her work: She wrote the theme song for Friends. More recently, she wrote a song called “The D,” a “salute to the city of Detroit and it’s people.”

Her mission, she explains, is not to re-construct the city, but rather to re-imagine it, alongside her fellow Detroiters.

Here’s a sneak peek of the behind-the-scenes production of the song: