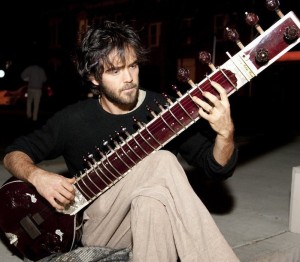 Sitarist Alec Brogan will bring his vast knowledge of Indian classical music to the Grosse Pointe Music Academy in Canton for a workshop exploring Classical Indian Music.  Please join us on Monday, February 27th for this unique event and learning experience.

Alec Brogan has studied classical Indian music between two families or traditions. One is named Gayaki which is a more lyrical style of music which mimics the indian singing style. Also he has studied Mihar which is much more rooted in the instrumental traditions. He has studied this music mainly through the Sitar however, as all students in Indian music should, has studied singing as well. His main teacher or Guruji is named Roshanji Bhartiya. Roshanji Bhartiya is a guru who hails from Bombay, his main teacher is his father who studied directly from Ravi Shankar and the lineage of Mihar. However Roshanji has found himself playing mainly in the Gayaki lineage which has been passed down to Alec through years of study.

This particular assent into the study of Classical Indian music will be mainly rooted in studying what are called the “swaras” and the way they relate to one another. The swaras are what come together to create the ragas and improvisations of Indian music. Students that have instruments (preferably sitars) are welcome to bring them. However for the sake of the entire class there will be an emphasis on listening and singing. We will explore different artists contemporary and classical, listening to the different ways that the ragas are approached from different players. We will also be spending a good amount of time becoming familiar with the backbones of the music itself and noticing the differences between the majority of the western music we hear from day to day.

Adults are welcome to join our workshop.  If you have further questions and would like to get more information please feel free to call us. 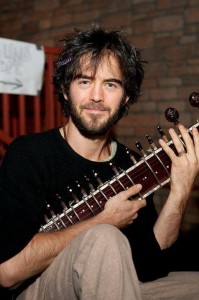