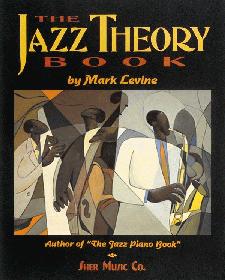 In Mark Levine’s well known “Jazz Theory Book” he says that a great jazz solo consists of 1% magic and 99% stuff that is Explainable, Analyzable, Categorizable, and Doable.  His book is all about the 99% part of it.  In the introduction Levine goes on to say to say: ” There is no one single, all inclusive “jazz theory”.  In fact, that’s why the subject is called jazz theory rather than jazz truth.  THe only truth is in the music itself.  “Theory” is the little intellectual dance we do around the music, attempting to come up with rules so we can understand why Charlie Parker and John Coltrane sounds the way they did.  There are almost as many “jazz theories” as there are jazz musicians”.  I think the same is true for any type of music but jazz music requires the musician to be very disciplined with music theory.  Rock and pop musicians can find it overwhelming to see a chord chart that includes so many chords they have never seen before.  If you’re used to playing G, ,C, and D or A, D, and E7 chords then be ready for a challenge when it comes to playing jazz.  Jazz music tends to use chords that contain 4, 5, 6, and 7 notes.  It’s very common to see a whole page filled with minor 7th, major 7th, minor 9th, b5, dominant 13th, major 13th, 11th chords and so on.  Major and minor chords on a jazz chord are very few and far between.  It’s also not as common for rock and pop players to encounter nearly as many key changes as they will in jazz music.  While changing keys might happen once or twice in rock and pop music, jazz musicians are doing it like it’s going out of style.  The jazz theory book will answer almost all of your questions about this “jazz theory”.  The book is written for piano music but guitar players and musicians of all instruments will find this book to be a major resource for learning all areas of jazz theory.  This book covers basic theory, II-V-I progression, Chord theory, Slash Chords, Bepob Scales, “Playing outside” , pentatonic scales, the blues, basic re-harmonization, and advanced re-harmonization.  Each subject has multiple examples and every area is covered in great depth.  If you’re looking for a great book to accompany your guitar lessons or your piano lessons then look no further than Mark Levine’s “Jazz Theory Book“.