You are here: Home / Archives for Events

The concert will be held at Atwater in the Park; a new family-friendly, neighborhood restaurant and brew pub in Grosse Pointe Park.  The food is great so if you’re hungry be sure to give it a try!

The summer music camp concert will consist of rock music acts performed by 2 different bands from the group. 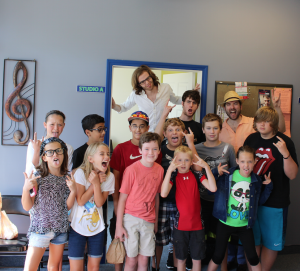 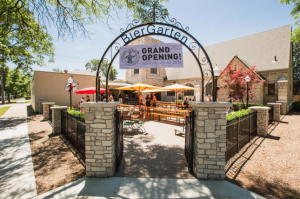 Atwater in the Park

Live at The Detroit Music Hall

Acclaimed for her extraordinary lyricism, technique andversatility, multiple GRAMMY Award winner Sharon Isbin has been hailed as “thepre-eminent guitarist of our time”. She is also the winner of Guitar Player magazine’s “Best ClassicalGuitarist” award, the Madrid Queen Sofia and Toronto Competitions, and was thefirst guitarist ever to win the Munich Competition. She has given sold-out performances throughout the world in thegreatest halls including New York’s Carnegie and Avery Fisher Halls, Boston’sSymphony Hall, Washington D.C.’s Kennedy Center,London’s Barbican and Wigmore Halls, Amsterdam’sConcertgebouw, Paris’ Châtelet, Vienna’s Musikverein, Munich’s Herkulessaal,Madrid’s Teatro Real, and many others. She has served as Artistic Director/Soloist of festivals she created forCarnegie Hall and the Ordway Music Theatre(St. Paul), her own series at NewYork’s 92nd  Street Y, and the acclaimed national radio series Guitarjam. She is a frequent guest on national radioprograms including All Things Considered and Garrison Keillor’s A Prairie HomeCompanion. She has been profiled on television throughout the world, including CBSSunday Morning and the A&E Network, and was a featured guest on ShowtimeTelevision’s international hit series The L Word. On September 11, 2002, Ms.Isbinperformed at Ground Zero for the internationally televised memorial. InNovember 2009, she performed a concert at the White House by invitation of thePresident and First Lady. She performed as featured soloist in the soundtrackfor Martin Scorsese’s Academy Award winning film, The Departed. She has beenprofiled in periodicals from People to Elle, The Wall Street Journal, and the NewYork Times, as well as on the cover of 45 magazines.

Guitar Lessons for students of all ages